Released on October 12, 2011, Apple’s iCloud is a cloud storage and cloud computing service which has about one billion users who can store their documents on remote servers for download to iOS, Macintosh or Windows devices. Users can also share and send data to other users, link accounts via AirDrop wireless, as well as manage their Apple devices if these devices are lost or stolen. iCloud replaced Apple’s MobileMe service as a data syncing center for email, contacts, calendars, bookmarks, notes, reminders, iWork documents, photos, ringtones, Visual Voicemails and other data.

This feature securely stores your photos, videos, documents, music, apps and more — and keeps them updated across all your devices. So you always have access to what you want, wherever you want it.

With iCloud, users also can wirelessly back up their iOS devices running on iOS 5 or later, instead of being reliant on manual backups to a host Mac or Windows computer. Backups occur daily when the device is locked and connected to Wi-Fi and a power source. In case of a malfunction of any device during the restoration process, it offers to restore all data along with App data; but, only if the device was synced to iCloud and backed up. Back to My Mac, previously part of MobileMe, has also become part of this feature. This service allows users to log in remotely to other computers that have Back to My Mac enabled, and that have been configured with the same Apple ID.

An iCloud account includes an email account, but unlike MobileMe, an email address is an optional part of an iCloud account, in that the user can choose not to use it but can still use the email as their iCloud Apple ID. The email account can be accessed using any standard IMAP-compatible email client, as well as the online web app mail client at the iCloud.com. On an iOS device, iCloud email is push-enabled.

Find My Friends: One of the new features introduced to iCloud was Find My Friends, similar to Find My iPhone, except users can share their location with other friends or family members using the feature.

Find My iPhone: This feature allows users to track the location of their iOS device or Mac. A user can see the device’s approximate location on a map, change the password on the device, and remotely erase its contents. The feature also allows someone that finds the user’s lost iPhone to call the user directly without unlocking it. Similar phone finder services under various names are available for other families of smartphones.

Activation Lock: Introduced in 2013 with iOS 7, this feature is integrated with iCloud and Find My iPhone. It locks the activation of any iPhone, iPad, iPod Touch or Apple watch which has been restored in either DFU or Recovery mode without first disabling the Find My iPhone feature. Once restore is completed, the device will ask for the Apple ID and password that has been previously associated with it, in order to proceed with activation, and preventing any stolen device from being usable. Note that Find My iPhone is a built-in app, and thus cannot be removed.

iCloud Keychain: This feature was added in 2013, with the release of iOS 7.0.3 and OS X Mavericks. It re-introduces the old MobileMe Keychain syncing function that was removed with the initial release of iCloud in 2011, but now renamed iCloud Keychain. It functions as a secure database that allows information including a user’s Website login passwords, Wi-Fi network passwords, credit/debit card management (though without CVV), and other account data, to be securely stored for quick access and auto-fill on Webpages and elsewhere when the user needs instant access to them.

iTunes Match: This feature was released in 2011. For an annual fee, customers can scan and match tracks in their iTunes music library, including tracks copied from CDs, or other sources with tracks in the iTunes Store, so customers do not have to repurchase said tracks. Customers may download up to 100,000 tracks in 256 kbit/s DRM-free AAC file format, that match tracks in any supported audio file formats already in the customers’ iTunes libraries; including ALAC and MP3. Customers have the choice to keep their original copies stored on their computers, or have them replaced by copies from the iTunes Store.

iWork for iCloud: iWork for iCloud was announced in 2013 for release at the same time as the next version of the app versions of iWork later in the year. The three apps for both iOS and macOS that form Apple’s iWork suite (Pages, Numbers, and Keynote), were made available on a Web interface (named Pages for iCloud, Numbers for iCloud, and Keynote for iCloud respectively).

Storage: Each account has 5 GB of free storage for owners of either an iOS device using iOS 5.x or later, or a Mac using OS X Lion 10.7 or later. Users can purchase additional storage for a total of 50 GB, 200 GB, 1 TB or 2TB. The amount of storage is shared across all devices per iCloud Apple ID. Several native features of iCloud use each user’s iCloud storage allowance, specifically, Backup and restore Email, Contacts, and Calendars. On Macs, users can also store most file types into iCloud a folder of their choosing, rather than only storing them locally on the machine. However, not all of a user’s content counts as part of their iCloud storage allowance. Apple is able to keep a permanent track of every purchase a user makes under their Apple ID account, and by associating each piece of content with the user, only one copy of every Store item is needed to be kept on Apple’s servers.

iCloud Drive: This service is iCloud’s file hosting service for devices running iOS 8, OS X Yosemite (version 10.10), or Windows 7 or later, plus online Web app access via iCloud.com. This feature allows users to store any kind of file, including photos, videos, documents, music, and other apps’ data, in iCloud Drive and access it on any Mac, iPad, iPhone, iPod Touch, or Windows PC. Users can start their work on one device and continue on another device.

In 2016, Apple signed a deal with Google to use Google Cloud Platform for some iCloud services. 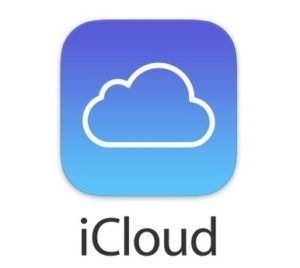