The first-generation iPad (first iPad, iPad original, iPad 1,1) is the first tablet computer in the Apple’s iPad line. On certain variants the iPad 1st generation has the capability of accessing cellular networks.

Updating iPad: Be sure to keep your iPad up to date so that you don’t miss out on the latest features: Before you update your device, back it up to iTunes or iCloud. If you use your device’s Personal Hotspot for your computer’s Internet connection, update your device wirelessly. You can also connect your computer to another network. The easiest way to update the device is wirelessly (over the air) is as follows (if you use a passcode, you’ll need to enter it before installing the update): Plug in your device to a source. Tap Settings > General > Software Update. Next tap Download and Install (or tap Later to install the update later). Some iOS software updates aren’t available as over-the-air updates. VPN or proxy connections might prevent your device from contacting the iOS update servers.

Video published by PhoneArena on Apr 8, 2010 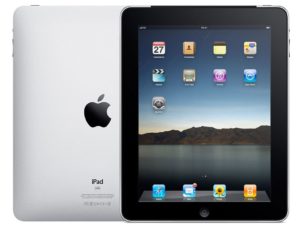