The iPad mini (1st generation) aimed at the sector of smaller tablets, and its hardware is similar to the iPad 2 (Apple A5 processor, Retina display, with one exception though, as it uses Lightning connector), but the iPad mini is 53% lighter and thinner. It features a reduced screen size of 7.9 inches and was manufactured in Wi-Fi and Wi-Fi+Cellular versions.

The iPad mini (1st generation) was shipped with iOS 6.0.  The latest version available was iOS 9.3.5 (Apple discontinued this model in June 2015). As we have already mentioned, the device featured similar internal specifications to the iPad 2, including its display resolution. Four versions of the iPad mini were introduced from November 2, 2012.

Video uploaded by DetroitBORG on November 2, 2012. 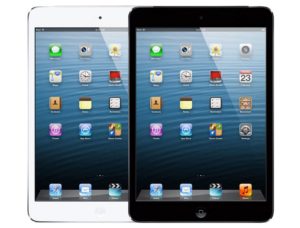