iPhoto was Apple’s photo management application. This tool allowed users to import pics from digital cameras and elsewhere, keeping them organized, removing red-eye, making other tweaks and sending them to your contacts or to print shops. If you purchased a new Mac, it came with the most up-to-date version of iPhoto, but earlier versions were OK, though the upgrade was worth considering, since any new version boasts a number of excellent new features. iPhoto launched when an iPhone was connected to the Mac and thus allowed the user to copy the images across to their computer. If the user preferred to perform the action manually, he or she could open Applications – Image Capture, and select the No application option, using the dropdown menu at the bottom of the sidebar.

How to Import Pics into iPhoto

Importing Pics from a Camera

Importing with iPhoto was easy. The first time you connected a digital camera to your Mac, a dialog box appeared asking if you wanted to use iPhoto as the program for importing and organizing pics. If you agreed, from the point on, connecting the camera would cause iPhoto to launch automatically so that the user could import the selected pics.

When a camera was connected, it appeared on the left with its contents displayed in the main part of the window. First, the user could add an Event name for the imported pictures (and change the name later if needed). Users could also add a description, if they felt like to.

After that the user had to click Import All… or, if the user preferred, select one or more images and press Import Selected. To select and deselect multiple images, it was necessary to click individual images or drag over groups of images while holding down the Command key.

Users could also get images into iPhoto from other locations that a digital camera. To do this they had to drag them into the iPhoto window. Alternatively, they could chose Import to Library… from the File menu or use the shortcut Shift + Command Key + I, and then browse for the files they’d like to import.

Most digital cameras need to be set to Play mode to be recognized by a Mac. If the camera still didn’t recognize the Mac it was attached to, users had to install the software that came with the camera. Otherwise, the camera might be incompatible with OS X. In this case users should have get a media card reader to download the pics from the memory card rather than the camera.

How to Organize Photos

iPhoto worked with the pics in just the same was as iTunes works with songs. Everything you imported was added to your Library. The library is easily accessible at the top of the Sources sidebar on the left. It can be organized and viewed in various ways.

When the user imported photos from a camera, iPhoto bundled these together as en Event. To view the contents of an Event, users had to double-click it. User could also see the images in a slideshow. Each Event was represented within the Library by one of the images the Library contains. Users could select an image by hovering their mouse pointer over the Event and moving left to right. When they found the image they’d like to use, they had to press the spacebar.

To combine two Events you should have drag one onto the other. You could also drag individual photos between Events. This could have be done by choosing the Photos view under Library and opening and closing Events using the little triangles located next to their names.

With iPhoto each image could be added to one or more albums (rather like playlists in iTunes). Two main reasons determined Apple to create albums rather than just organizing files as Events. First, this approach allowed users to gather together images from different times. Second, the user could browse by album when looking at his or her photos on an iPod or iPhone.

To create a new album, you had to press the “+” button at the bottom-left of the window, or press the Command Key + N. Then you could select one or more images in your Library and drag them into the Album. If you wanted to combine a number of related albums, you could create a folder to drop them into. This was easily done using the New Folder option in the File menu. Folders could also hold Smart Albums and Slideshows.

In iPhoto Smart Album was a special kind of iPhoto album that used a set of parameters determined by the user, to decide which images the user was going to include. It’s exactly the same principle as Smart Playlist in iTunes. However, Smart Albums only worked well if the images in the library were literally tagged with comments, titles, ratings and keywords. To create a new Smart Album the user had to look in the File menu (alternatively, he could hold down Alt and click the “cog” button that appeared in the bottom-left). To add and remove extra criteria, the user could press “+” or “-” buttons. Once he was done, he had to press OK. If he didn’t like the results, he could select the relevant icon in the Source List and click Edit Smart Album in the File menu.

When creating Smart Albums, the user had to be careful how he used the Alt tag, as it was often the reason an Album came out empty when the user expected it to be full.

Users could tag images with titles, ratings and keywords. That made it easier to quickly find photos later and also to stay organized using Smart Albums.

To add info to a single image, you should make sure the Title, Ratings and Keywords options were checked in the View menu. Next the user could hover below individual photos to see the various options. If the user wanted to add more extensive information to a particular photo, the user had to click the “i” button and enter the text as description. The user could also edit multiple images simultaneously bu selecting these images.

For title or description, the user had to click Photos – Batch Change.

To apply or remove one or more keywords, the user had to click Window – Keywords. It was also possible to add keywords to images using the Preview application: choosing Get Info from the Tools menu and then making additions under the Keywords tab.

Digital photographs didn’t always arrive the right way round, so it was taking a few minutes to make sure that each newly imported pic was oriented correctly. To do this the used had to make selections in the main window and then hit the Rotate button at the bottom of the iPhoto frame. Holding Alt as the user clicked changed the direction of rotation. Rotations could also be handled from the keyboard.

To delete an image, the user had to select one or more pictures and then either hit the Backspace key on his keyboard and choose Move to Trash from the Photo menu. The user could also drag them onto the Trash icon at the bottom of the Source List.

If the user deleted an image from a playlist or slideshow, the action wouldn’t actually remove the photo from the library. To do this, the user had first to click iPhoto Library, and then delete the image.

The deleted images remained in the iPhoto Trash until the user either dragged them out. Alternatively the user could choose Empty Trash from the iPhoto menu.

If the user deleted something by mistake, he could always undo the last action with the shortcut the Command key + Z.

To render one or more photos invisible, but actually delete them from iPhoto, the user had to select the photos in question and press Hide. To bring them back into view later simply click View – Hidden Photos.

Images in Albums and Smart Albums were just aliases of the images in the Library, so a single image could be placed in multiple albums. Removing an image from an Album would not delete the original from the iPhoto Library. To ensure smooth Slideshow playback Apple recommended limiting the size of albums your created in iPhoto to 200 pictures or even fewer.

The iPhoto allowed the user to adjust the frame of the shot, improving the colors and light or removing the scourge of red-eye. To start editing, the user had to select an image with a single click and click the Edit button at the bottom. To edit in full screen mode, the user had to click the Extension button below the iPhoto sidebar.

iPhoto’s editing tools were straightforward, so people didn’t take too much time to get used to. In the event that everythnig went pear-shaped, the user could always choose Revert to Original from the Photos menu. These were a few pointers to get the user going:

To view a set of images as a virtual slideshow, the user had to select either a number of individual images, an entire album from the sidebar or an Event in the main iPhoto window. They the user had to click the Play button, and the first image of the selections would appear full screen along with a panel of options relating to themes, transitions, music, etc. Once the user has finished tweaking, he could hit Play. To get back to the settings panel at any time during the slideshow, the user had to move the mouse to reveal both playback controls and icons for the Themes, Music and Settings tabs.

It was also possible to perform a more elaborate slideshow, complete with carefully crafted transitions between pics. To do so, the user could click the “+” below the iPhoto sidebar, choose slideshow, then play around with the settings. Once played, that slideshow would appear in the sidebar so that the user could replay it and edit the slideshow as many times as he liked.

At the top of the iPhoto sidebar the user could view his or her library of images grouped in terms of the people in the shots (Faces) or presented as locations on a map (Places). To get started with Faces, the user had to select any image in the library and hit the Name button on the lower toolbar. Next, he had to click Add Missing Face to identify people in the shot. Then the user had to click Faces on the sidebar and double-click the Polaroid-style preview to discover that iPhoto has attempted to identify every other image in the library featuring the same face.

If the user took photos using a camera or phone with GPS capabilities, the information would be embedded in the image file and allowed iPhoto to show the exact location in which the image was snapped. Users could add locations to individual images or whole events by clicking the info icon that appeared when users hovered their mouse over an image or Event preview. To do that, the user clicks Photo place and then either typed a location or dropped a pin onto a map.

If the user was itching to get his or her images out of iPhoto and into the wider and wilder world on paper or online, here’s a brief rundown of the options:

Print: iPhoto provided a good set of home printing options and presets. You had to select one or more images, hit Print in the File menu or on the toolbar (alternatively, you could press the Command key + P) and explore the options.

Notes and Tips about iPhoto (ancient history, but…) 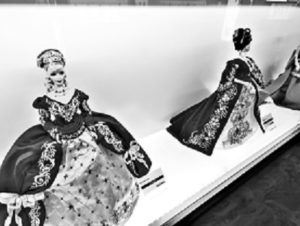