There are many tools available for publishing a website on your Mac. You can share photos, open a blog, or publish a podcast. However, if you’re after more flexibility, and want to build a real website, there are tools to make this possible. Developed by Apple and based on Mac OS X, iWeb was launched on January 10, 2006, as a template-based website creation tool. It was launched as part of the iLife ’06 suite of lifestyle apps. Its first version was presented at the Macworld Conference & Expo on January 10, 2006, while the last release (iWeb 3.0.4) took place on July 11, 2011. It was discontinued on June 30, 2012, when Apple pulled the plug on MobileMe.

iWeb allowed users to create and customize websites without coding, adding their own text, photos and movies. iWeb integrated with other applications in the iLife suite, including the iLife Media Browser (a list of all the music, movies, and photos stored in iTunes, iMovie, and iPhoto). Users could integrate their creations with other services, such as AdSense, Facebook, YouTube, and Google Maps. It hosted the sites on MobileMe, and users could not choose their own host.

When iWeb was discontinued, it had some unresolved bugs and limitations. For example, password protection was not supported on websites not hosted by MobileMe, along with comments on blog pages.

When Apple discontinued iWeb, all iWeb websites hosted on MobileMe disappeared if they were not hosted elsewhere. However, Apple provided instructions on how to move iWeb sites to another host.

Here are some iWeb basics:

Compared to other programs, iWeb was easier to use, but the results looked a bit prefabricated. You were inconveniently prompted at every turn to publish your pages to a MobileMe payable account. If you did not want to purchase a MobileMe account, you could still build a site. However, in this case, you had to host it separately. Another drawback of iWeb was that its simplicity masked the mechanics of how webpages actually worked. As a result, when a person wanted to learn web design properly, there wasn’t an option to learn HTML and build something from scratch..

To get started, users had to open the application from the dock or Applications folder. They were then prompted to choose a design theme, and pick the kind of page they wanted to create first: Welcome page, Blog, Photo, etc. A prefab page would then appear. It was ready to be customized with the text, photos, videos, and more. If the user clicked the Audio, Movies, or Photo tabs, they could browse the items and then drag them straight into the existing placeholders, or anywhere else on the page. To see the tabs, users had to click Show Media in the lower toolbar.

When the user added new pages, they appeared in the left-hand sidebar. The user had the option to rename each page. Links appeared automatically between each page in the site

To add extra functionality to the site, users had to access a selection of ready-made widgets:

After the user created the webpage, they could highlight the site’s name in the left-hand sidebar to display the Site Publishing Settings pane. There, the user could use the drop-down menu to choose whether to publish to MobileMe, a local folder, or via FTP to their own web space. After that, the user simply hit the Publish Site button in the lower toolbar to upload the pages. Files that were successfully uploaded appeared in blue until further changes could be made, but the user had to upload them again.

iWeb could also be launched from several other Apple applications. This allowed people to publish galleries of images to the web directly from iPhoto, and publish iMovie clips and films directly from iMovie.

To fine-tune elements of the page, users had to select an item and hit the Inspector button on the toolbar at the bottom.. 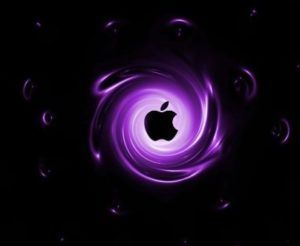