Hundreds of jokes about Apple products can be found when you browse the net. Some of the Apple jokes we find hilarious, even though we are Apple fans. We love a little humor, so we have compiled a list of some of these jokes for you, and we hope that they will make you laugh out loud. We will add other jokes regularly, so we invite you to drop by from time to time to check them out.. 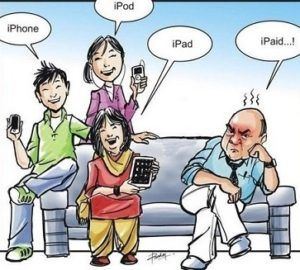