You can easily create programs, as modern operating systems are very easy to understand and begin programming. Apple has built a complete programming environment called Xcode. Xcode is an Integrated Development Environment (IDE). This means that Xcode is a complete studio for writing, compiling, debugging, and building software applications.

How to Use Xcode

Compared to the full version of Microsoft’s Video Studio Professional, Xcode is simple and easy to use. It supports several programming languages, such as C, C++, Objective-C, Objective-C++, Java, AppleScript, OCaml, Fortran, ADA, and more. Most Apple developers use Objective-C, which is an object-oriented programming (OOP) language.

Xcode comes with Mac OS X, but it is not installed by default. You must install it from the installation disc. Alternatively, you can download the latest version of Xcode from Apple’s Developer Connection Website. Xcode installs in a folder called Developer at the root of your startup drive. The Developer folder contains an Applications folder. This folders contains Xcode, and other applications, to help you develop web applications, audio, interfaces and so on. If you select the Documentation option, Xcode downloads all the files and keeps them updated..

How to Join the Apple Developer Connection

Once you have Xcode installed, you should sign up for Apple Developer Connection. Once you join, you can download the latest version of Xcode. You can also download documentation, development videos, sample codes, and just about anything you need to get going as a coder.

There is also a series of developer programs, that you can join, and download beta versions of upcoming software, but you have to pay annual fees to join the Mac Developer Program and iOS Developer Program.

Note that beta versions can be unstable, so don’t install beta versions of software on your primary device. You should have separate test devices on hand for testing betas.

Important: If you sign up with the Mac Developer Program or iOS Developer Program, be sure to read the Agreement, especially the Nondisclosure Agreement (NDA), as Apple has very little patience with developers who talk and write about the Apple beta software. Under no circumstances should you post screenshots of Apple beta on the internet..

To start a new project with this code, select File – New Project. You can also click Create a New Xcode Project in the Welcome to Xcode window. The New Project window will open. It contains a series of templates for the different kinds of programs you can create. The sidebar divides templates into development environments. You’ll see options below each environment for specific kinds of programs, such as Applications Plug-In, Framework & Library, and System Plug-In.

Note that Mac OS X is included on the Mac OS X installation disc. However, the iOS template is required to download the iOS software development kit (SDK) from Apple Developer Connection. 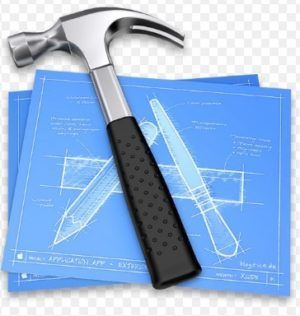