The Apple Maps App enables users to determine their location quickly and to get directions from one place to another. By using the Maps screen in the Apple Watch app on iPhone, user can control whether the Maps Glance appears in Glances on Apple Watch, which give users quick access to their location and to the Maps app. It is also possible to choose whether to receive turn alerts for turn-by-turn directions.

How to Configure Maps App

In fact, Apple announced that Apple Maps would be a very important feature on the Apple Watch at the Apple Watch introduction, when the ability to use Apple Maps on the Apple Watch was a key selling point The company focused on the possibility to enable users to concentrate more on what’s happening around them as to opposed to having to stare at a phone screen to get necessary directions. The smartwatch gently taps you on the wrist when you’ve got a turn coming up, so you can’t miss a direction. Maps app boasts many other features which make the life easier if you really know how to use them.

By default, the current location of the Apple Watch is displayed when the person wearing the watch opens the Maps app. The user can zoom in and out of the location by scrolling with the Digital Crown. It is also possible to pan around the area using the finger, just as the user normally would do using the Maps app on the iPhone. To find a new location, the user has to force touch the display by pressing firmly. In fact, Force touch is one of the innovative features the Apple Watch is equipped with, as the new and built-in technology is able to detect pressure as well as touch, and thus offering a new type of interaction.

The user can either get directions to a contacts address by selecting the Contacts icon, or he can search for an address manually using the Search icon. If the user chooses to search for a location, he will be served with a list of recent places that that he has searched for, and this list will appear on both on his Apple Watch and his iPhone. If however he wants to find somewhere new, he can chose the dictation tool and search for the location using this tool. Maps will then search for the location, contact information, opening and closing times and more.

It is also possible to choose whether the user of Apple Watch requires walking directions or driving directions. After choosing them, he can simply click Start. This nice smartwatch will then display the relevant instructions turn-by-turn. It will vibrate on his wrist when a turn is approaching so that the persons who wear the device will never miss anything.

How to stop directions in Maps on the Apple Watch

If you don’t want the directions to be shown on your Apple Watch (because you don’t want your Apple Watch battery to run out, for example), you can always stop the directions once you no longer need them. It’s quite easy: To stop the watch from showing directions, the user must press down on the map until the user sees the words Stop Directions. Then the user must simply tap on the X sign. This is only one of many battery saving tips for the Apple Watch, and it really works.

How to Use Apple Watch Navigation [Video] 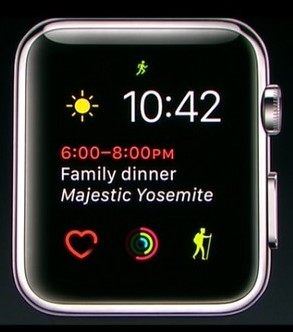