How to Configure the Reminders App

You can address reminders when you receive a notification. To do this, scroll to the bottom of the reminder and either Snooze, Complete, or Dismiss the notification.

A standalone Reminders app is one of the new features that ships with watchOS 3. The introduction of an official Reminders app on the Apple Watch in 2016 was a very good piece of news, just because this little app added to the watch will help you keep track of all the events and get through all your errands throughout the day.

The Reminders app is used with Siri since there is no keyboard to input text on the Apple Watch like there is on your iPhone. People who tried the Reminders app say that in the beginning using the Reminders app may feel a little awkward, but the sensation will go away shortly and the app will become a second nature to you in no time at all.

How to Set Reminder App with Siri

Whenever you need to set a Reminders app, all you have to do is launch Siri either by saying Hey Siri into your Apple Watch’s microphone or by pressing and holding on the Digital Crown of your watch. Once you activate Siri, you can ask Siri to remind you an upcoming event. For this, you can say something like, “Please remind me today in the evening that I need to buy flowers for my wife to apologize for yesterday’s refusal to help her with removal of snow form our yard”. Now Siri will obediently jot down your request directly into the Reminders app. If you designate an exact time in your reminder, the time will show up in the scheduled list as well as in your reminders list. It is also perfectly possible to tap on any reminder that appears in a list to mark it as completed.

How to Add Reminders to Specific Lists

Using Siri you will find that this lady (we also treat Siri as a very nice lady) is smart enough to add reminders to specific lists in your Reminders app. For example, if you have added a list named “Cruel Neighbors”, you can easily jot down neighbors -related reminders under, and then you can tell Siri to put the reminder on that list by saying something like, “Remind me tomorrow at 6 p.m. on my Cruel Neighbors list to go tell them the last time not to throw over the fence to my yard the snow they remove from their yard.”

You already know that when it comes time to be notified of a reminder you have set, your watch will alert you of your reminder by tapping subtly but noticeably on the wrist. It lets you either snooze the notification, mark it completed, or dismiss the notification. Apple was clever enough to add a very useful functionality for the occasion: indeed, any time you make changes to the Reminders on your Apple Watch, whether you’re responding to any notification or decide mark a notification as completed in the app, the changes will be immediately synced over to your other devices automatically.

The Reminders app also plays with the Force Touch gesture. Whenever the user is in any list from their Reminders app, the user can press firmly on the display to reveal a button for showing or hiding all your completed reminders. Let’s say in conclusion that the Reminders app in watchOS 3 is really functional, and we are quite sure that the future watchOS updates will include new capabilities.

How to ACTUALLY Use Apple Reminders (iOS 16) [Video] 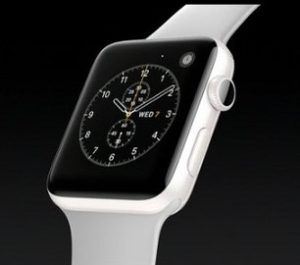