iPod 1st Gen: The original Apple iPod broke new ground in the portable MP3 player market by combining a small hard drive, a unique “Scroll Wheel” controller for easy one handed operation, a simple, easy-to-use operating system designed for mobile devices (based on Pixo OS 2.1), and slick Mac software — iTunes (based on SoundJam) – that made it easy to manage one’s music collection between the Mac and the iPod.  Note that the “classic” definition was not introduced until the 6th generation iPod.

Discontinuation: The 1st generation iPod classic was discontinued on April 28, 2003. 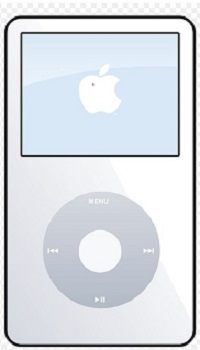