The iPod mini 1st Gen the tiniest mp3 hard drive player at the time of introduction was a hybrid between the tiny flash drive shuffle iPods and the iPods classic. The 4Gb hard drive was put in the anodized aluminum case, offered in five colors: silver, gold, pink, green and blue. The iPod mini 1st gen has a grayscale LCD display with LED backlight and a ClickWheel for navigation under which pressure sensitive buttons are hidden. The battery provides up to 8 hours of playback, but unfortunately it is not a user-replaceable one.  The iPod mini 1st gen has also such features as a voice recorder, an alarm clock and some games. As for connectivity, it can also boast an audio out connection for stand-alone powered speakers and a USB-earphone jack dock typical for iPods. Also an armband was being offered as an option but still the player worn that way proved to be too cumbersome for any physical activity.

Apple published these advice about using and troubleshooting your iPod:

What are the iPod for Macintosh system requirements?

The user can use iPod with a computer and software that meet the following requirements:

If your  iPod won’t turn on or respond:

When I connect my iPod to my computer, nothing happens:

My FireWire port cover came off:

As every electronic device, your iPod needs regular cleaning. Follow these general rules when cleaning the outside of your iPod and its components:

About handling: Your iPod may be damaged by improper storage or handling. To avoid damaging it, be careful not to drop your iPod when playing or transporting the device. 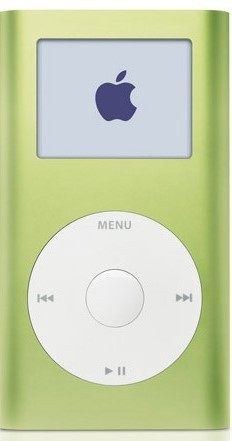