The MacBook was Apple’s first notebook to use new features, such as the glossy display, the sunken keyboard design and the non-mechanical magnetic latch.

Discontinuation: Discontinued in October 2008, after the introduction of aluminium MacBook.

Price: A more expensive black model was offered until the introduction of the unibody aluminum MacBook. 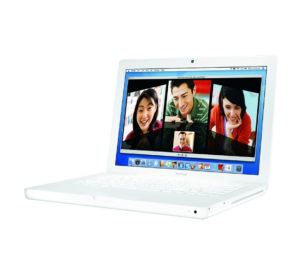