The iPod family is a line of media digital players and small pocket computers designed marketed by Apple. There are three current versions of the iPod: iPod shuffle, iPod nano and iPod touch. The forth model, iPod classic was discontinued by Apple). Their storage capacity varies by model, ranging from 2 GB for the iPod shuffle to 256 GB for the iPod touch.

You can identify your iPod by its shape, size, functionalities, capacity, color, engravings and so on, but you can easily find out which model you have by the corresponding iPod model number: 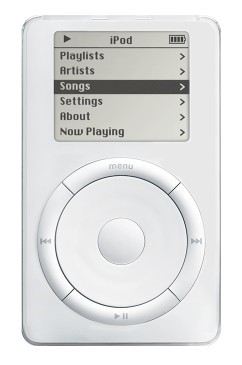