This new Apple-designed wireless speaker for the home can be placed anywhere in the home (in a corner of your room, on a shelf, or in the center); and it can easily sense its location in a room and automatically adjust the audio accordingly. Automatic room-sensing technology allows HomePod learn its position in a room within seconds, and thus deliver an immersive music listening experience wherever the speaker is placed.

The HomePod is clever enough to taste, understand, know and remember users’ music preferences, and it has been designed to work with an Apple Music Library subscription with 40 million songs available. Besides the device helps users discover new music by suggisting new tunes based on the previous songs the user chose.

HomePod features an Apple-designed woofer for deep, clean bass, as well as a custom array of seven beam-forming tweeters. They provide pure high frequency acoustics with directional control and technologies which preserve the richness of the original recordings,

The owner interacts with this wireless speaker using Siri feature. The voice control is assured by an array of six microphones. Users can interact with HomePode from across the room, and advanced echo cancellation enables Siri to understand people standing across the room, even while loud music is playing. Siri waveform appears on the top to indicate when Siri is engaged. Integrated touch controls also allow easy navigation. 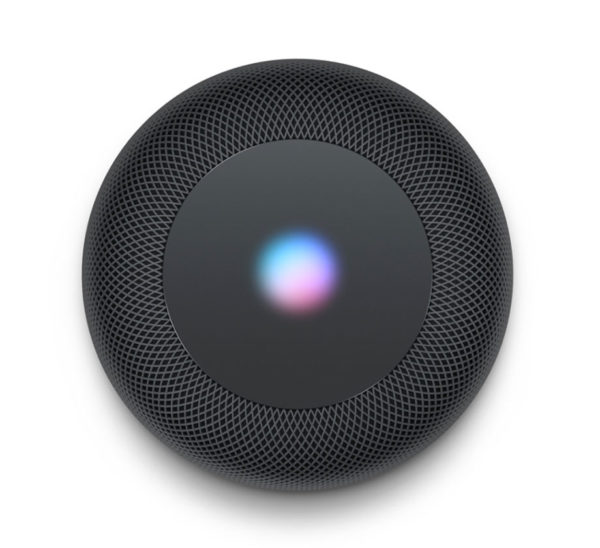 To find a song ond make the speaker remember it, the user can just say “Hey Siri, I like this song.” HomePod will learn preferences from hundreds or even thousands of genres and moods, across tens of thousands of playlists.

As a perfect musicologist, Siri will also handle advanced searches. That’s the user can ask questions like “Hey Siri, who’s the bass guitar in this?” and get the answer. A shared Up Next queue with everyone in the home can also be created.

(Note that Apple Music and Siri deliver the streams ad-free directly to HomePod).

As a home assistant, HomePod can send messages, get updates on news, sports and weather. Users can also control smart home devices through HomePod by asking Siri to turn on the lights, close the shades or activate a scene.

When away from home, the device is the perfect home hub, providing remote access and home automations through the Home app on iPhone or iPad.

Only after “Hey Siri” command is recognized locally on the HomePod, the device send information to Apple servers. All the information is encrypted and sent using an anonymous Siri identifier.

The device is compatible with iPhone 5s and later, running iOS11.

According to Apple HomePod will be available starting in December 2017, initially in the US, Australia and the UK.

HomePod will be available for US$349 in the US (pricing in other countries will be announced later in 2017). As for June 2017, HomePod has not been authorized as required by the rules of the Federal Communications Commission. It is not, and may not be, offered for sale or lease, or sold or leased, until authorization is obtained. 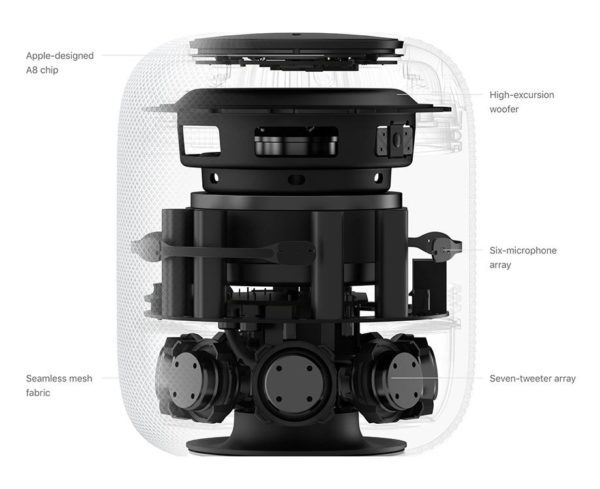 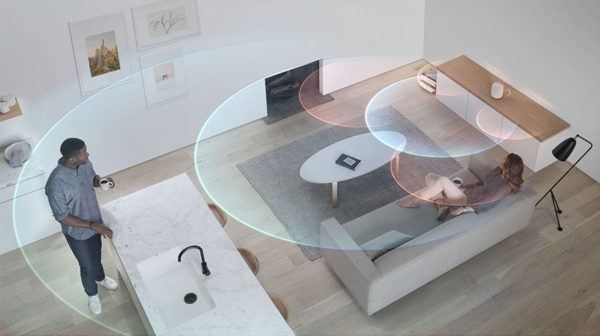 At the presentation of HomePod, Philip Schiller, Apple’s senior vice president of Worldwide Marketing said: “Apple reinvented portable music with iPod and now HomePod will reinvent how we enjoy music wirelessly throughout our homes. HomePod packs powerful speaker technology, Siri intelligence and wireless access to the entire Apple Music library into a beautiful speaker that is less than 7 inches tall, can rock most any room with distortion free music and be a helpful assistant around your home.”

HomePod is equipped with custom array of seven beam-forming tweeters, each with its own amplifier. They provide well-balanced smooth timbre as well as precise directional control of many beam shapes and sizes. 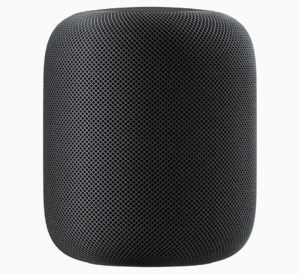