The tablet computer iPad mini 3, also known as iPad mini 3 with Touch ID, was released by Apple Inc. in October 2014. This tablet of the third generation of iPad minis features the Touch ID fingerprint sensor compatible with Apple Pay. This model have the same outer shell design and hardware as that of the iPad Mini 2.

The iPad mini 3 new features are the addition of the Touch ID sensor compatible with Apple Pay. It also has different storage sizes and is available in space grey, silver and gold color.

The iPad mini 3 with Wi-Fi: 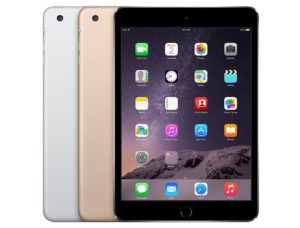