The Apple Watch has thousands of apps already. Many more apps are to come to perform many useful or not so useful actions and transactions, or just to amaze you. But how do you take them off your Apple Watch, when you no longer need them or when you feel an app is not what you were searching altogether. Well, if you no longer need an App either on iPhone or on Apple Watch, you can easily uninstall the app you don’t want to keep from both devices. To uninstall this app or apps, you must work from the Home screen on iPhone. When you uninstall an app from iPhone, it automatically removes it from Apple Watch as well.

How to Uninstall App from iPhone and Apple Watch

Note. After you had uninstalled an app from both iPhone and Apple Watch, if you need to reinstall the app, you can do so by using the App Store app on iPhone.

Today, many third-party app developers are releasing Apple Watch apps every day or so. Actually what the developers are doing is updating already existing iPhone apps, which have proved their usefulness, and building in an Apple Watch app right inside. Some of these apps can just show quick news headlines, and some other can act as remotes for playing streaming. There are apps which show useful information, such as current weather reports or latest sports scores. These tiny and multi-layered widgets, can help you use your iPhone or access features. Unfortunately, many of them run slowly and load information too slowly. Let’s say, they act more slowly than you might expect. This happens because these apps are using your connection to your iPhone to load information back and forth.

Anyway, much of the apps work in the background on your connected iPhone. A few apps, like Maps and Runkeeper, launch apps on the iPhone. That means you could let your iPhone do other things while letting the apps run. For example, you could watch a movie on your iPhone, but and still access Apple Watch apps to get news or look for a place to eat nearby.

Note also that as with the iPhone and iPad, you can’t uninstall Apple’s own pre-installed apps. Don’t spend time trying. 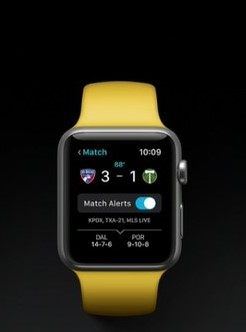