In this article we will help you through the process of locating the correct MacBook model numbers of your device. The very first MacBook was released on June 28, 2006. This whole line of computers kept being released between May 2006 and February 2012, and was later relaunched in March 2015. This time it was renamed MacBook Retina. This new relaunched series has a high-resolution Retina Display, a redesigned keyboard, a Force Touch trackpad and many more amazing features.

If you are not experienced with the different types of MacBooks out there, it could be very hard to identify the model by just looking at it. This is very important to be able to identify if you plan to sell your used MacBook at some point and need to specify its model. The fastest and easiest way to determine what model you have is by looking at the serial number that is located on every device’s surface. You can also find this information in the About This Mac window in almost any version of the MacBook. Other ways to look up the model number is by looking at your original packaging if you still have it. Or if you purchased your MacBook straight from Apple or another authorized third party retailer, you can find the serial number on your receipt or invoice. Look at one of these places and then match which model number it goes with from the following list: 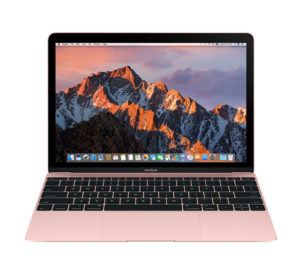