You’ll learn all the information about Apple and its history from the beginning to our days. Everything you have always wanted to ask and learn about Apple. Enjoy your reading!

2013 was a great year for Apple Inc., as the company launched fabulous new products and achieved record breaking sales. Tim Cook settle into his role helming the electronic giant, Jony Ive’s influence also grew. Here’s our look back on Apple in the year 2013: END_OF_DOCUMENT_TOKEN_TO_BE_REPLACED

By 2012, Apple had a huge line-up of high-end personal computers, iPods, iPhones and iPads. The electronic giant has also developed a thriving business through the iTunes Store, selling music, video, and applications for both iOS and MacOS. Apple’s attitude of “Thinking Differently” proved great vision and not always doing the same things as the competition. In 2012, Apple was bold and occasionally put a few noses out of joint, but that’s the price paid for thinking outside the box. END_OF_DOCUMENT_TOKEN_TO_BE_REPLACED

In 2011, Apple Inc. became the most valuable company in the world. The same year the company lost Steve Jobs, its founder, visionary, and leader. Anyway, 2011 was all about Apple in the world. Indeed, January marked the first time the company surpassed a $300 billion market cap. Also in January, the Mac App Store opened for business, phase three of Apple’s plan to kill off the optical disc. Apple’s First Quarter earnings were the best ever for the company, with $26.7 Billion in revenue, $6 Billion in profit on 7.33 Million iPads and 16.24 Million iPhones sold. In the second quarter Apple earnings were a blow-out again with $24.67 billion in revenue on 18.65 million iPhones, 4.69 million iPads, and 3.76 million Macs sold. Apple’s quarter was so good that they actually surpassed Microsoft in terms of profitability, something which hadn’t happened in a couple decades. Apple destroyed earnings estimates once again in quarter three with record revenues, profits, iPhone (over 20 million), and iPad sales. As a result, Apple shot past $400 a share on the stock market. By late July, Apple had more cash (and cash equivalents) on its books than the U.S. government. END_OF_DOCUMENT_TOKEN_TO_BE_REPLACED

In April 2010, Apple Inc. launches its eagerly anticipated iPad, a multimedia computer tablet, which was the third major innovation that Apple had released over the last decade. It was another revolutionary product that could emulate the smashing success of the iPod and the iPhone Expectations ran high, and The Economist displayed the release of the iPad on its magazine cover with Jobs illustrate a biblical figure, noting that, “The enthusiasm of the Apple faithful may be overdone, but Mr. Jobs’s record suggests that when he blesses a market, it takes off.” END_OF_DOCUMENT_TOKEN_TO_BE_REPLACED

In 2009, iPhone, iPod and Mac had their moments. Indeed, every desktop and laptop in Apple’s product line underwent an update. The Mac mini saw its first update in a year-and-a-half in March, and in October, Apple updated the Mac mini again, this time adding faster processors and doubling memory capacity. Laptops remained a crucial part of Apple’s success, with the MacBook, MacBook Pro, and MacBook Air offerings all seeing changes. And for the 2009 fiscal year, Apple’s revenue rose 12 percent while its income increased 18 percent over 2008. Apple’s most significant hardware release in 2009 may have been one of its last—the iMac overhaul that included the 27-inch, Core i5-equipped model. Powered by a quad-core processor running at 2.66GHz, this all-in-one desktop tops the performance of a Mac Pro. END_OF_DOCUMENT_TOKEN_TO_BE_REPLACED

Apple revolutionized technology with the introduction of the Macintosh in 1984. And today the company is one of the leading players on the world market with its innovative iPhone, iPad, Mac, Apple Watch, Apple TV and other products. Apple’s software platforms, that’s iOS, macOS, watchOS and tvOS, provide wide experiences across all Apple devices and empower millions of people with breakthrough services including the App Store, Apple Music, Apple Pay and iCloud. Apple’s more than 100,000 employees are dedicated to making these products. Here come a few examples of well-known magazines which added the company on their first pages: END_OF_DOCUMENT_TOKEN_TO_BE_REPLACED

The photo book named “Designed by Apple in California” is dedicated to the memory of Steve Jobs. Published by Apple, it chronicles twenty years of design at the corporation.. END_OF_DOCUMENT_TOKEN_TO_BE_REPLACED

iDVD was Apple’s own DVD authoring program or creation program, released on July 11, 2011 and shipped with Macs as part of the iLife suite. It’s icon was located in the Dock or in the Applications folder. iDVD was an excellent program for the home user that made the whole process of creating a DVD extremely easy. It burned QuickTime movies, MP3 music, and digital photos to a DVD that was then played on a commercial DVD player. Besides it was complete with fancy menu screens. This application operated under OS X. The application was discontinued in 2013 (n fact, it was no longer preinstalled on Macs shipping with OS X 10.7 Lion. iDVD was, however, available in the boxed copy of iLife ’11, until the release of iLife ’13. END_OF_DOCUMENT_TOKEN_TO_BE_REPLACED

iChat was an instant messaging software application developed by Apple Inc. It supported instant text messaging, audio and video calling. It also had screen-sharing capabilities and allowed for local network discussion with users discovered through Bonjour protocols. The app was replaced by Messages in OS X 10.8 Mountain Lion and later releases. END_OF_DOCUMENT_TOKEN_TO_BE_REPLACED

iPhoto was Apple’s photo management application. This tool allowed users to import pics from digital cameras and elsewhere, keeping them organized, removing red-eye, making other tweaks and sending them to your contacts or to print shops. If you purchased a new Mac, it came with the most up-to-date version of iPhoto, but earlier versions were OK, though the upgrade was worth considering, since any new version boasts a number of excellent new features. iPhoto launched when an iPhone was connected to the Mac and thus allowed the user to copy the images across to their computer. If the user preferred to perform the action manually, he or she could open Applications – Image Capture, and select the No application option, using the dropdown menu at the bottom of the sidebar. END_OF_DOCUMENT_TOKEN_TO_BE_REPLACED

There are many tools available for publishing a website on your Mac. You can share photos, open a blog, or publish a podcast. However, if you’re after more flexibility, and want to build a real website, there are tools to make this possible. Developed by Apple and based on Mac OS X, iWeb was launched on January 10, 2006, as a template-based website creation tool. It was launched as part of the iLife ’06 suite of lifestyle apps. Its first version was presented at the Macworld Conference & Expo on January 10, 2006, while the last release (iWeb 3.0.4) took place on July 11, 2011. It was discontinued on June 30, 2012, when Apple pulled the plug on MobileMe. END_OF_DOCUMENT_TOKEN_TO_BE_REPLACED

Steve Jobs is best known for his role as co-founder of Apple Inc. (with Steve Wozniak). His full name is Steven Paul Jobs and he was born on February 24, 1955 and died on October 5, 2011. He was also the CEO and major shareholder of Pixar Animation Studios and founder, chairman and CEO of NeXT Inc. He and his Apple co-founder Steve Wozniak are credited with the creative genius that started many revolutions in the technological world. END_OF_DOCUMENT_TOKEN_TO_BE_REPLACED

October 21, 2016: As a follow-on to our ‘fire-hot’ topic about the burning iPhone 7: Apple has sued Mobile Star, a manufacturer from New York for making and selling counterfeit chargers and cables via Amazon. The consumer product safety and testing organization UL) published the report that stated among that fake Apple branded chargers “lack the safety features necessary to protects users from shock and fire hazards” and “were so poorly designed and constructed that they posed a risk of lethal electrocution to the user.” END_OF_DOCUMENT_TOKEN_TO_BE_REPLACED

Connecting On the Move: The Internet, with all its tutorials and other information, has rendered using a computer much easier. However, there were times when connecting to the Internet was in itself quite an undertaking, as was downloading software from the Web, a process most of us take for granted today. The following short article describes in great detail the instructions given to users some years ago, it is interesting to see how much has changed. So for a little bit of history, read on… END_OF_DOCUMENT_TOKEN_TO_BE_REPLACED

Intel corporation is the leading developer and manufacturer of desktop and mobile Intel processors. They sell their products to Apple, IBM, Dell, Samsung, Sony and many other vendors. END_OF_DOCUMENT_TOKEN_TO_BE_REPLACED

“Hello, I’m a Mac”, “and I’m a PC”… With this advertising campaign, the debate about whether it is better to use a Mac or a PC has been made a little more entertaining. The ad features actors representing Mac and PC machines. Obviously, Mac was faster, more secure, and more clever. Microsoft was swift to respond with its “I’m a PC” series of ads, in an attempt to rebut the PC’s image, as presented in the Apple ad. END_OF_DOCUMENT_TOKEN_TO_BE_REPLACED

On September 20, 2016, Apple announced that macOS Sierra, the latest major release of the world’s most advanced desktop operating system, is now available as a free update. macOS Sierra brings Siri to the Mac with intelligent and helpful features users know and love from iPhone and iPad, along with all-new capabilities designed specifically for use on the desktop. Features like Universal Clipboard, iCloud Desktop and Documents, Auto Unlock and Apple Pay on the web help your Mac work even better with other Apple devices. And Photos gets an update with a new Memories feature that automatically creates curated collections of your favorite photos and videos. END_OF_DOCUMENT_TOKEN_TO_BE_REPLACED

On September 13, 2016, Apple announced that Swift Playgrounds, an innovative new iPad app from Apple that makes learning to code easy and fun for everyone, was available on the App Store. In its press-release, Apple underlined that with Swift Playgrounds, real coding concepts were brought to life with an interactive interface that allowed students and beginners to explore working with Swift, the easy-to-learn programming language from Apple used by professional developers to create world-class apps. END_OF_DOCUMENT_TOKEN_TO_BE_REPLACED

FBI and Apple clash over unlocking the iPhone 5c belonging to the San Bernardino shooter went in headlines earlier this year. Apple refused to unlock the phone, while FBI declared, it is technically impossible. But Cambridge Professor Sergei Skorobogatov, graduate of MIFI, Moscow, Russia, brilliantly solved the problem. Surprisingly, it took him only $100 of equipment, most of it, including iPhone 5c spare parts, he bought on eBay. END_OF_DOCUMENT_TOKEN_TO_BE_REPLACED

On September 7, 2016 Apple today introduced iPhone 7 and iPhone 7 Plus, the most advanced iPhone ever, packed with innovations that improve all the ways iPhone is used every day. The new iPhone features new advanced camera systems that take pictures like never before, more power and performance with the best battery life ever in an iPhone, immersive stereo speakers, wide color system from camera to display, two new finishes. It’s the first water and dust resistant iPhone. END_OF_DOCUMENT_TOKEN_TO_BE_REPLACED 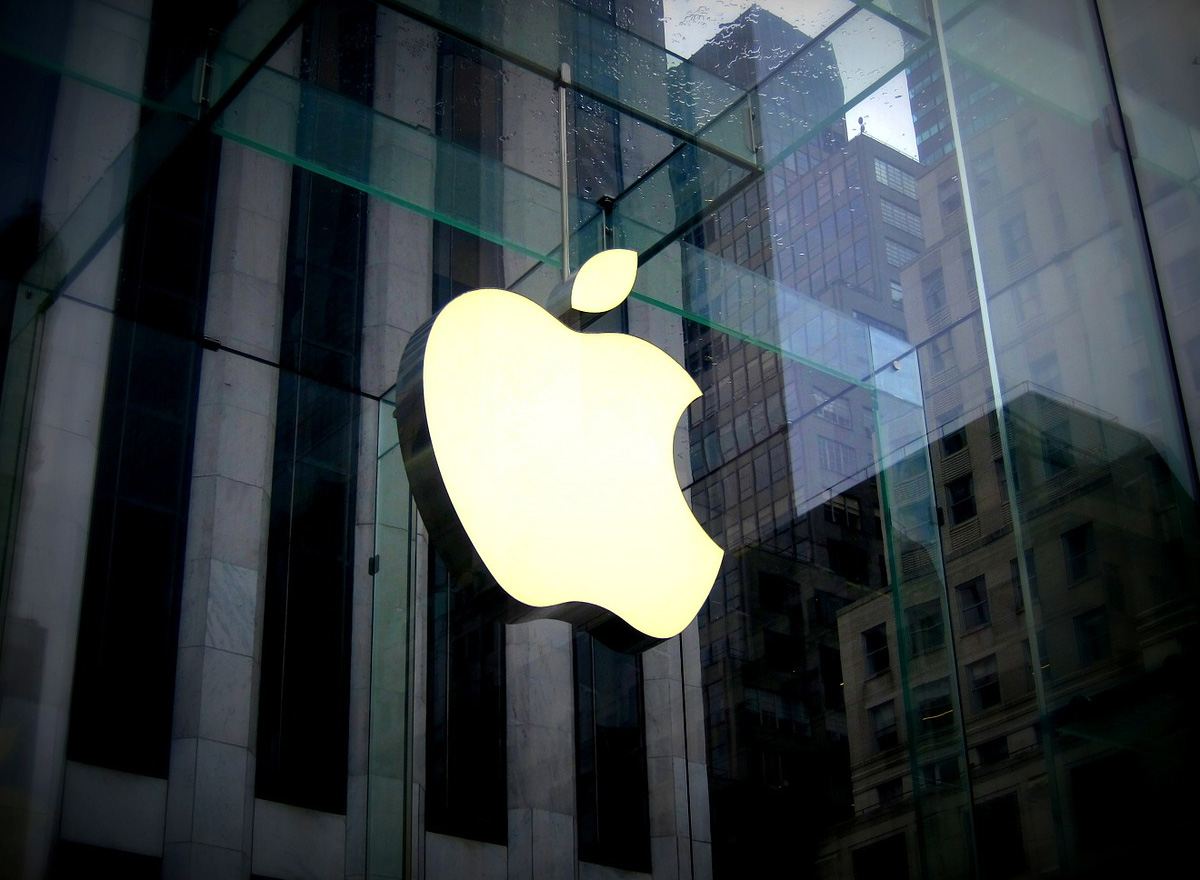